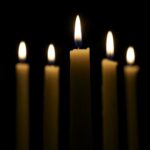 The ten steps to overcome the absence

Identify the key moments and working on those that hurt you the most, this is what certain sharing groups propose.

Talking about your mourning

It is useful to go through the circumstances in which you have learned about the death. Where were you? What were you thinking? How were you feeling? To whom did you speak? The participants take ten minutes to gather the memories about those moments. “When somebody learns about the death of a close one, they often blocks the emotions to focus on the steps to take, concludes jean Monbourquette. Telling it again would allow a person to relive this difficult moment without the burden of having “official” things to do.”

Naming what has changed

The disappearance of a close one modifies the equilibrium of a family, a circle of friends, or a work group. Throughout this second meeting, every person can name the way in which the group got disorganized.

At the beginning, your feelings would be numb. Once the shock has passed, mourners go through a “defrosting” period through which they allow themselves to feel the sadness. Close ones may be surprised by this reaction seeing as several months, even years have gone by. “Sometimes this sadness is so intense that the mourner may feel the desire to die and join their beloved who passed away.”

Even if they dare not admit it, mourners may hold a grudge against the departed one. “You really didn’t have the right to leave, not yet!” It’s better to be aware that these things might happen so as to avoid getting into a state where these feelings may reflect on close ones that are still alive!

“Have I told him that I’ve loved him enough, have I done everything to prevent his death?” It is difficult not to feel guilty after the death of a loved one. Group exchanges allow the person to avoid excessive guilt, which would hinder a person’s life.

Bringing up the people

Taking care of one’s self

During the mourning process, the person who’s alive does not take care of themselves, like they don’t have the permission to do that. The person does however, have the right to be happy, in spite of everything.

Making sense of the loss

Mourners may put distance between their emotions and themselves and may put their less into perspective. During the process and after matured, they must ask themselves “What have I learned in the absence of my loved one?”

Every participant is asked to forgive the person who’s passed especially after their passing. “With experience, I have realized that this stage is crucial to liberate one’s self from bursts of anger, resulting from the death of the loved one. If one holds a grudge, the mourning cannot be fulfilled.” And contrarily, the person who’s mourning may ask for forgiveness so as to find internal peace.

At the end of the path, every participant is invited to covet a quality transmitted by the person who’s passed. “My father had a high sense of equity and justice, this once infuriated me, but after his passing, I realized that I had coveted this quality.” This inheritance consists in appreciating the talents that are appreciated by the deceased. These ten meetings may end with a ritual which honors this inheritance, at the end of which, the link between the mourner and the person who’s passed Is transformed, neither weighing the person down, nor pushing them away.