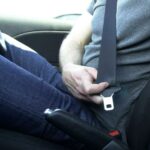 The Case for Wearing Seat Belts

It has been proven over time and over many: seat belts are designed to and do in fact save a large number lives with each passing day. The numbers speak for themselves. People who still do not buckle up when they get in their cars make all kinds of excuses for not wearing seat belts, either claiming that they are uncomfortable or that it is very unlikely for them in particular to have a car accident for different kinds of reasons. Below is the case for regularly wearing seat belts.

Why you should Always Wear your Seat Belt, Statistically-Speaking

The Reasons People Give for not Wearing Seat Belts

Short rides: In most cases, people tend to avoid wearing seat belts if they are heading somewhere close-by. However, it has been shown that around 80% of traffic fatalities occur within 40 kilometres from the departure point, at speeds lower than 65 kilometres per hour.

Good driving skills: Being a good driver certainly increases safety. However, it does not prevent a bad driver from crashing into you, so seat belts are a must whether you are a good driver or a bad one.

Seat belts trap people in their vehicles: according to the vast majority of statistics, being inside the car after an accident is the safest scenario. As we have mentioned before, you are four times more likely to die if you are thrown out of your car after an accident. Moreover, in the rare cases where the car accident involves fire or drowning, you would still have a higher chance of surviving and exiting the damaged vehicle if you are not knocked unconscious for not wearing your seat belt.

Comfort: A large number of people who refuse to wear their seat belts justify their choice by saying that seat belts are uncomfortable. First of all, presuming that this is true, feeling uncomfortable if much better than dying in a car crash. Second, modern seat belts are designed to be comfortable. They give if the driver moves, and they have a special built-in device that locks them in place only when the vehicle stops suddenly.

Airbags: Although airbags increase safety by 40%, by no means do they replace seat belts. Airbags are designed to protect drivers from impact with the steering wheel, dashboard or windshield, and they do not protect against side impacts.

Back seat: A significantly large number of people who ride in back seats do not wear their seat belts because they feel safer in the back. This is far from true, since they could still be thrown own from the backseat of the car, not to mention that they pose a threat to the people sitting in front of them if they are not wearing their seat belts.

For adults, seat belts have two straps designed to be fastened on the shoulders and hipbones – namely, the two strongest points in the body. When these two straps are properly fastened, they distribute the force from the crash evenly across the body and reduce slowdown speed. Even if the driver manages to stop their car before impact, something still need to stop them from crashing into the steering wheel, dashboard or windshield because of forward momentum. Seat belts are designed to do exactly that, unless they are fastened the wrong way: wearing the shoulder strap alone can cause the driver to slide down upon impact; wearing the hip strap alone does not prevent the driver from being thrown forward; and wearing the hip strap on the stomach can cause serious injury.

When it comes to children, if they are under the age of 1, they must be placed in a rear-facing child safety seat in the backseat of the car. If they are between the age of 1 and 4, they should be placed in a forward facing safety seat. Between the age of 4 and 8, children must be seated in a booster seat. If the child is older than 8, they can start wearing a normal seat belt if it fits them properly, and children older than 13 can ride in the front seat of the car.