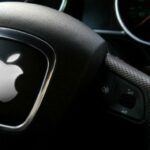 It has been reported this week that Apple is designing its first electric car, although the intentions of the company are still unclear: some are saying that it is developing a luxurious electric car, while others believe that is it designing a self-driving vehicle.

Major carmakers have already been investing in lithium long-lasting batteries and automated-driving system development. The race has now begun between carmakers, who specialize in designing internal-combustion engines on the one hand, and tech companies, who are trying to develop advanced chemical batteries on the other. When it comes to electric cars, the key challenge lies in batteries. So far, demand on petrol-powered and diesel-powered cars has been dropping, while demand on hybrid cars has witnessed a steady increase. The market for purely electric cars, however, is still very limited.

Electric cars are still very expensive, and the drop in oil prices has further limited the demand on electric cars. At the moment, people who buy electric cars are not doing so in order to save money, but rather to draw attention to their support for the environment. Electric car producers hope to encourage people to buy their cars in the future by shedding light on the fact that recharging their vehicles is much cheaper than filling them up with petrol.

Apple, just as all the other new entrants to the car production market, will find it difficult to compete with existing companies, many of which are already producing and selling pure electric cars and developing complex automated-driving software.