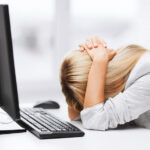 Six steps to tell if you need a change of jobs

First and foremost: Pondering the idea of changing jobs

The internet is teaming with supposed “good ideas” and come in different shapes and colors. Passing judgement on values that are considered either good or bad is a popular misconception and a double jeopardy;

•           Making hasty decisions, giving in to social or peer pressure because some site named careerguru.com, a so-called-renowned website for a successful career path says that it is a good reason to do so. In retrospect, the decision would doubtlessly seem vain.

•           Not allowing yourself time to think, because the , a so-called-renowned website for a successful career path, named careerguru.com says that it is a good reason to do so.  This would, undoubtedly, take you down the path leading to demotivation, procrastination, discouragement and burnouts.

The list of reasons that would make a person want to change jobs is virtually endless, but here are a few examples, at random:

         The feeling of under-exploiting your potential

         Lack of evolution possibility, with regards to your career

         Difficult relations with the hierarchy

These are all good reasons to change jobs, but are not enough to steer you in a different decision and risk you going into a stage of uncertainty and illusions.

Wanting to change jobs because you’re exasperated or bored and without having a career plan is like thinking you’re gonna be landed with the 1001 nights because you’re sick of your one-bedroom apartment.: It doesn’t work that way.

Difficulty in dealing with the boss

Of course it’s the boss’ fault- that illogical, demanding man. But remember, it takes two to tango, and not considering your own responsibility in that enmity puts you in danger of reproducing that same relationship. Go see if other bosses are kinder but take care to work on your drama triangle.

Wanting to earn more money is a motivation for changing jobs is as common as contracting the flu in flu season. However, earning more money often means working more hours, having more responsibilities, more stress, and having less time for your family.

Every one of these reasons requires a close evaluation to avoid a rude awakening.

1.         Think of what will concretely and precisely improve the situation. In general, it starts with an “I’ve had it up to here”.

2.         Explore the possibility of operating changes to your current post or firm where your work. In other words, evaluate your real limits and margins where you work. If they are limited, then it is undoubtedly time for you to change jobs and ignore the remaining steps, hereunder.

4.         Make up your mind. If you have decided to change jobs, then start working on a detailed career plan, which should not be limited to your abilities and the market but should extend to who you really are.