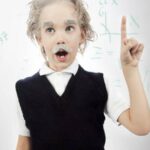 Scientific ideas to toss aside

“What are the ideas that should take their leave, according to you?” This was the question asked to 200 researchers on an American debate website. We have selected six answers and which Édouard Gentaz, director of the research at the CNRS commented on. Science is a living subject: New ideas appear, others fade out and several of them are up for debate.

The right brain and the left brain work independently

“You’re so left-brained” (center of rationalization and analysis); “I’d like to develop my right brain” (center of imagination and creativity)… According to neuroscience professor at the University of London, Sarah Jayne Blakemore, this idea is physiologically nonsensical. Our brain is indeed made up of two hemispheres, the left and right one, but they interact constantly and it is impossible for one to function without the other.

Human-kind is made up of races

This, according to anthrobiologist and paleobiologist at the University of Pennsylvania Nina jablonski, has no reason to exist. The idea that humankind is made up of races first appeared in Europe with philosophers David Hume and Emmanuel Kant but decoding the human genome (identifying DNA fragments) show that we are all 99.99% similar and “races” do not exist.

Édouard Gentaz’s opinion: This is true from a biological point of view, but we cannot deny that differences in cultures and ethnicities exist.

There is no such thing as animal intelligence

Despite several studies that have showed that animals are indeed gifted with intelligence, we remain persuaded that humans are the only being capable of thoughts, says London college university behavioral neuroscientist Kate Jeffery. Medical imagery has allowed us to explore the brain of animals that is similar to our own and animals possess the same neuronal circuits. If humans are intelligent, then it is time to admit that creatures that have brains similar to ours are also.

Édouard Gentaz’s opinion: Animals are intelligent. Just like humans, ants, birds and other animals have multiple kinds of intelligence such as cognitive and social intelligence.

The IQ test is a marker of one’s intelligence

A global measure of intelligence or of mental capacities is equal to a global measure of physical ability which would not take specific organ functions and their specifications, like that of the heart, the kidneys, the stomach, the circulatory system, etc…  what about the evaluation of emotional or creative capacities, then?

All addictions are bad

Excessive intake of drugs, sex, gambling or eating all have negative effects on the one’s sanitary and social state. Rutgers University’s Bio-anthropologist Helen Fisher suggests adding an extra addiction to the list: that of love. This addiction is however a positive one and research has indicated that the reward cerebral area of the brain has been activated by love, as with drugs and gambling. The reason for this natural “addiction”? Encouraging us to have a stable relationship to raise children.

Édouard Gentaz’s opinion: Did you know that the area of addiction is the most complex neurological field? Scientists are not always sure of how to help addicts. So, considering love as an addiction? Why not.

Édouard Gentaz’s idea to toss aside: Everything is decided during a person’s first six years.

No statement is as mistaken as this one. The truth is, everything is decided during every moment of our lives. At birth, a baby is a blank page and it is constantly being filled, including during adulthood. There’s hope, especially for parents who feel guilty when their children face difficulties. Don’t fret, everything remains open and every important moment of their life is influential but everything depends on the way the child experiences them, the way they think and the way their family will speak to them about it.