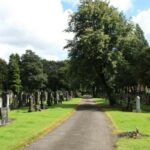 It is because we know nothing about death that it troubles us. How can we know nothing and experience nothing from death yet edge towards it, closer and closer every single day? What can bring us more anguish than the thought of facing a definite separation, a separation from life, from others and from ourselves and our presence in the world?

“The birthing experience is the first experience of emergence from death”, says Françoise Dolto in “Speaking about death”. Our arrival into the world places us between the people who are going to die and implies that a loss will ultimately occur. This notion of loss is important because it is what will activate our fear of death throughout our entire life.

One may say that the emergence of sexuality and the access into adulthood lead to mortifying psychological representations of one’s fear of death.

The transfer from childhood into adulthood requires the acquisition of values related to life and death and so, these values are necessary to grow out of childhood especially that children think themselves as immortal. Teenagers’ reaction to morbid events through attraction or repulsion is a classic one, due to the symbolism of these events and the role they play in their psychological evolution. We must not forget that being an adult means having to die someday, so the fear of death is born in the battle of the two ideas of wanting to live and having to die. It’s a normal and natural evolution of a person’s psychological state.

I will die, too. This is a conclusion proper to humans, which animals are not capable of coming to as they live in total ignorance of the fate that awaits them. Being human is fearing death and inventing rituals to mark one’s passage. Specialists in prehistory have spoken about “humanization” starting from the point where wooly apes, our ancestors started to honor their dead through rites. Why have they attempted to invent religion? Probably to try to make sense of life and give death a clear image. It’s no surprise that a great part of philosophical literature is dedicated to help us ponder this matter. As Epicurus said, maybe the best way of denying it is not thinking about it, as long as we are here, it is not, and when it is here, we are not.

Forsaking sleep or the imminent fear of one’s own death

Insomniacs act in response to this impulse: The less the sleep the more they persuade themselves that they are still alive. It is also the case of babies who cry at night, but here lies the paradox: if we don’t sleep, we end up dying.

Fear of death or fear of dying

Fear of death and fear of dying are not synonymous. Death is an entity, represented and named as if it were a person.

Fear of dying should be seen from the same perspective as a person who’s anxious of being alive, of the incapacity of profiting of the events surrounding one’s existence to their full extent. This incapacity is sometimes linked to difficulties faced during childhood or trauma in adulthood. When this fear is overpowering and leads to phobic behavior, it is important to see a specialist to identify the events that are at the root of the problem.