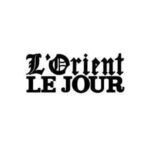 The Court of Criminal Appeal will deliver its verdict on the case of Ouidad Hachem.

On Tuesday, April 26th, the Court of Criminal Appeal will deliver its verdict on the case of Ouidad Hachem. The pharmacist, aged 53 years old was killed while she was walking back home, by Dania, 20 years old, eager for thrills, who was driving her car at high speed in total recklessness, to the point of climbing on the sidewalk and mow this mother who, after a hard working day, had only one desire, and that is to join her children and husband. The tragedy dates back to April 4th, 2014.

But for the bereaved family, including her two children, her husband, her father and her brothers and sisters, the pain remains as intense as the moment of the tragedy. They miss Ouidad terribly; her absence is being felt all the time, causing them pain in every moment. A huge frustration is being added to their immense feeling of agony. The victim’s family had indeed taken legal action, aiming to avoid the recurrence of such tragedies, caused by carelessness or even recklessness of youth who do not measure the dramatic consequences of their imprudent act on the victim’s relatives.

Through legal action, the family of Ouidad Hachem was not driven by a sense of revenge. They were aware that for the parents and relatives of this accident causer, this tragedy is a test.

But criminal judge handling the case had imposed a sentence more than lenient against the person responsible for this tragedy, merely ordering 10 days of detention for the conductor and condemning her and her insurer, of a fine. This penalty was deemed “disproportionate” compared to the intensity of the tragedy felt by Ouidad Hachem family; it has revived their pain.

For the family, only a sanction that is proportional to the dramatic consequences of this act, where the responsible of the accident assumes the tragic responsibilities, might protect the society.

The imposition of a fine, as heavy as it is, can be seen as an encouragement to all speeders having a comfortable financial position to continue to ignore the Highway Code and to mow lives by their inattentiveness and their love for speed, knowing that in the end, the only punishment will be a financial one.

Through legal action, the family of Ouidad Hachem hoped nevertheless that justice would be served, knowing that this institution pronounce its verdicts on behalf of the Lebanese people. But, a reduced sanction does not give them the feeling that justice perfectly fulfills its mission and that is to protect society primarily and therefore do the utmost through examples of its decisions in order to limit road accidents.

Through legal action, the family of Ouidad Hachem was not animated by any materialistic or financial consideration. They just wanted to avoid the recurrence of such tragedies and thus contribute in the protection of the Lebanese society. For them, the payment of a fine, as important as it is, cannot reduce the pain and emptiness cause by her absence. That is why they believe that a sanction that is proportionate to the dramatic consequences of this tragic accident, is the only way the liable person will become aware of the gravity of her act.

According to the family, the penalty should respect the stipulations of Article 564 of the Penal Code which anticipates that a causer of death through negligence, by mistake or non-compliance with laws and regulations is liable to a prison sentence from six months up to three years.  In their view, this is the best way to protect the Lebanese people against these irresponsible, who, at the wheel of a car and to satisfy their own pleasure, suppress lives, thus sowing suffering and grief among bereaved families.

Only such a verdict, expected with both hope and anxiety by the family of Ouidad Hachem will enable them to begin their mourning. Otherwise, the family will cry even more, feeling that she is killed again, not by a reckless driver, but by justice itself.