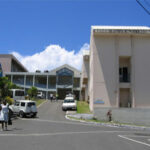 Contribution against Zika virus at Sainte Lucie at Caribbeans 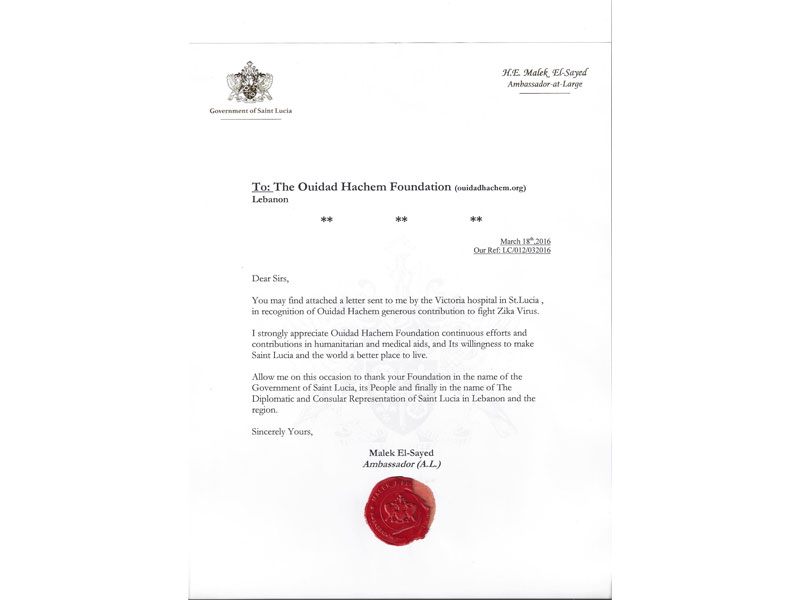 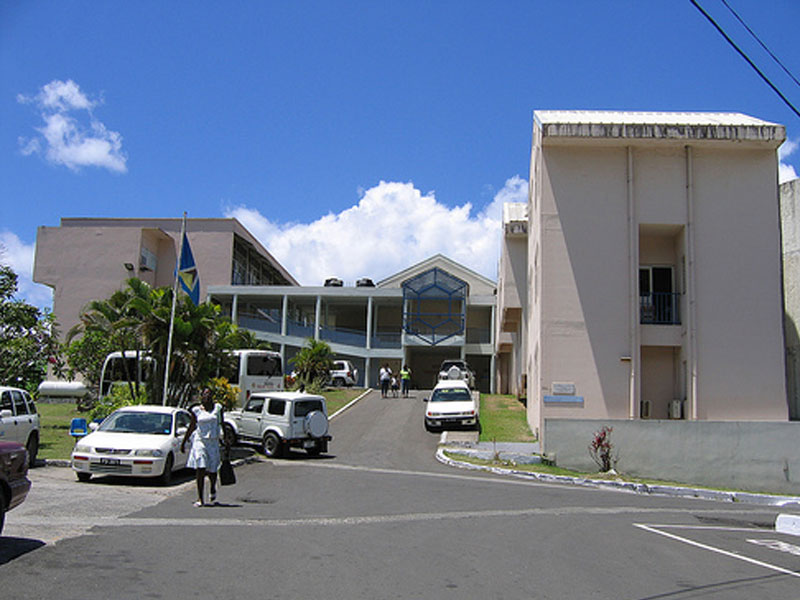 The Foundation Ouidad Hashem has just made a donation of 2 hospital equipment- Drager Sabina 300 Ventilator- to Victoria Hospital in St. Lucia in the Caribbean to help patients against the Zika virus.

Zika virus is responsible for Zika fever in humans. It holds the name of Zika forest in Uganda where it was identified for the first time in 1947. The virus is transmitted by the bite of a mosquito infected with Aedes (or tiger mosquito). This is also the only arbovirus in which a sexual transmission has been highlighted.

Present in the tropical regions of Asia and Africa, this emerging virus is considered responsible for several epidemics: in 2007 on the Yap Islands in Micronesia, in 2013 in French Polynesia, in 2014 in New Caledonia. Since 2015, it became epidemic in the American continent. The first cases were detected in Brazil, with the highest number of infections, rising to more than 1.5 million cases in the country. In February 2016, the World Health Organization announced that Zika virus became “a public health emergency of international concern”.

Infection of Zika virus is usually well tolerated. Often asymptomatic, it can cause a syndrome similar to other arboviruses with fever, rash, headache and joint pain, self-limiting. However, the virus can cause microcephaly in the fetus of a pregnant woman affected. Microcephaly is a fetal malformation. Infants are born with a cranial perimeter lower than 33 centimeters, which is considered an irreversible mental retardation, if they manage to survive. More rarely, the virus can cause in adult patients the Guillain-Barre Syndrome. The virus may be identified by the detection of the viral genome by PCR. There is no specific treatment. Prevention is only based on the measures taken against the mosquito transmission (mosquito net, repellent …).
Patients infected with the Zika arbovirus in the Caribbean, can head to Victoria Hospital in St. Lucia, which is an urban public hospital care, mainly specialized in heart diseases, hypertension, diabetes, asthma, sickle cell disease, tuberculosis and HIV.
Designed to meet the ventilation needs of patients infected with the arbovirus Zika or even more critical states, 2 hospital equipment- Drager Sabina 300 Ventilator- are now available at Victoria Hospital to help patients during their treatment, thanks to the donation carried out by the Foundation Ouidad Hachem.

In the health sector, Ouidad Hachem Foundation is determined to contribute by financing awareness programs in order to support NGOs and non-profit associations whose vocation is to intervene in all public health fields.

In this context, a letter of appreciation from the Victoria Hospital in St. Lucia was sent to the foundation Ouidad Hachem through the ambassador-at-large in the Government of Saint Lucia, Mr. Malek El-Sayed, “We greatly appreciate the continuous efforts and contributions of Ouidad Hachem foundation in humanitarian and medical assistance, and your willingness to make Saint Lucia and the world a better place to live.”