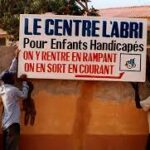 L’Abri center: A shelter for children with motor disabilities in Senegal. 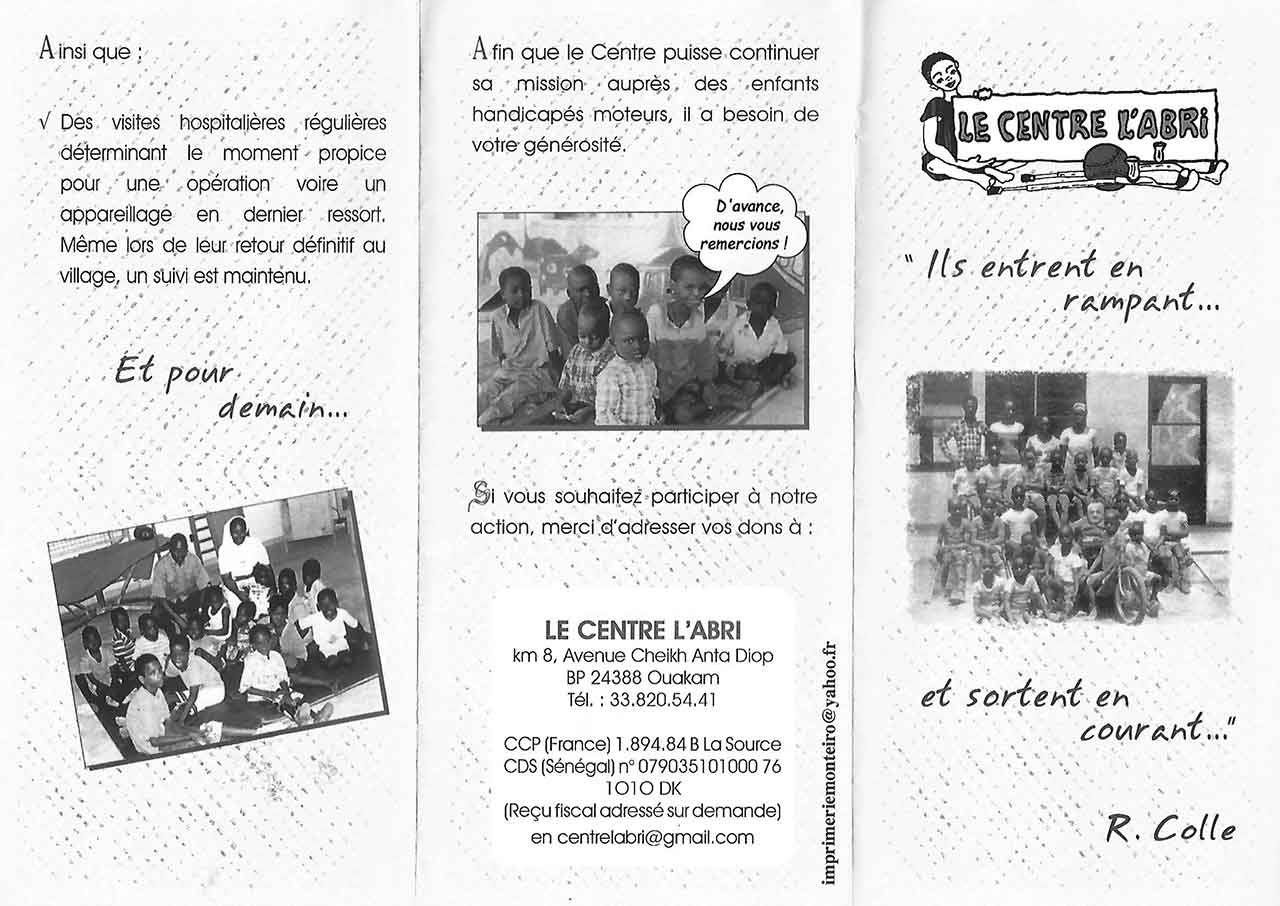 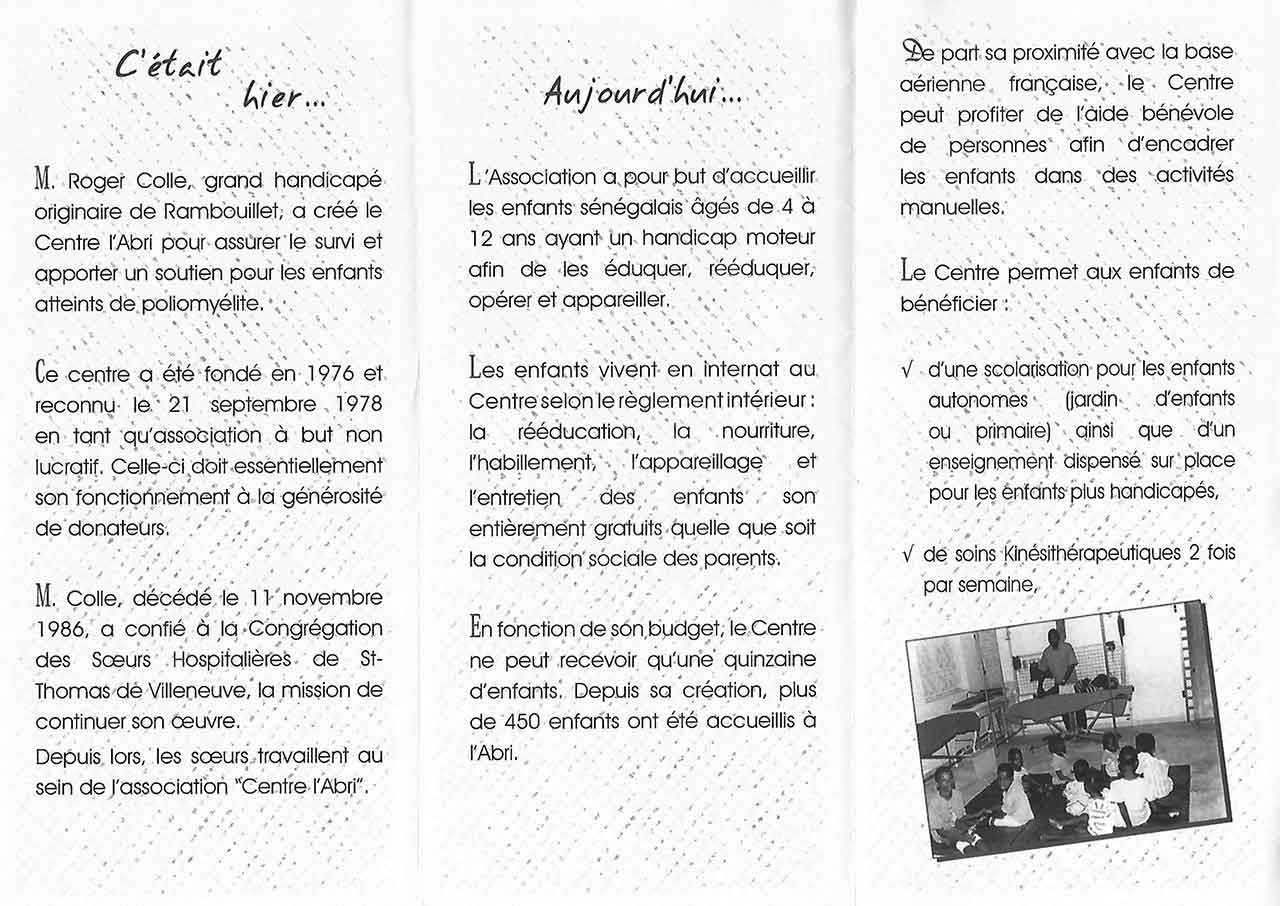 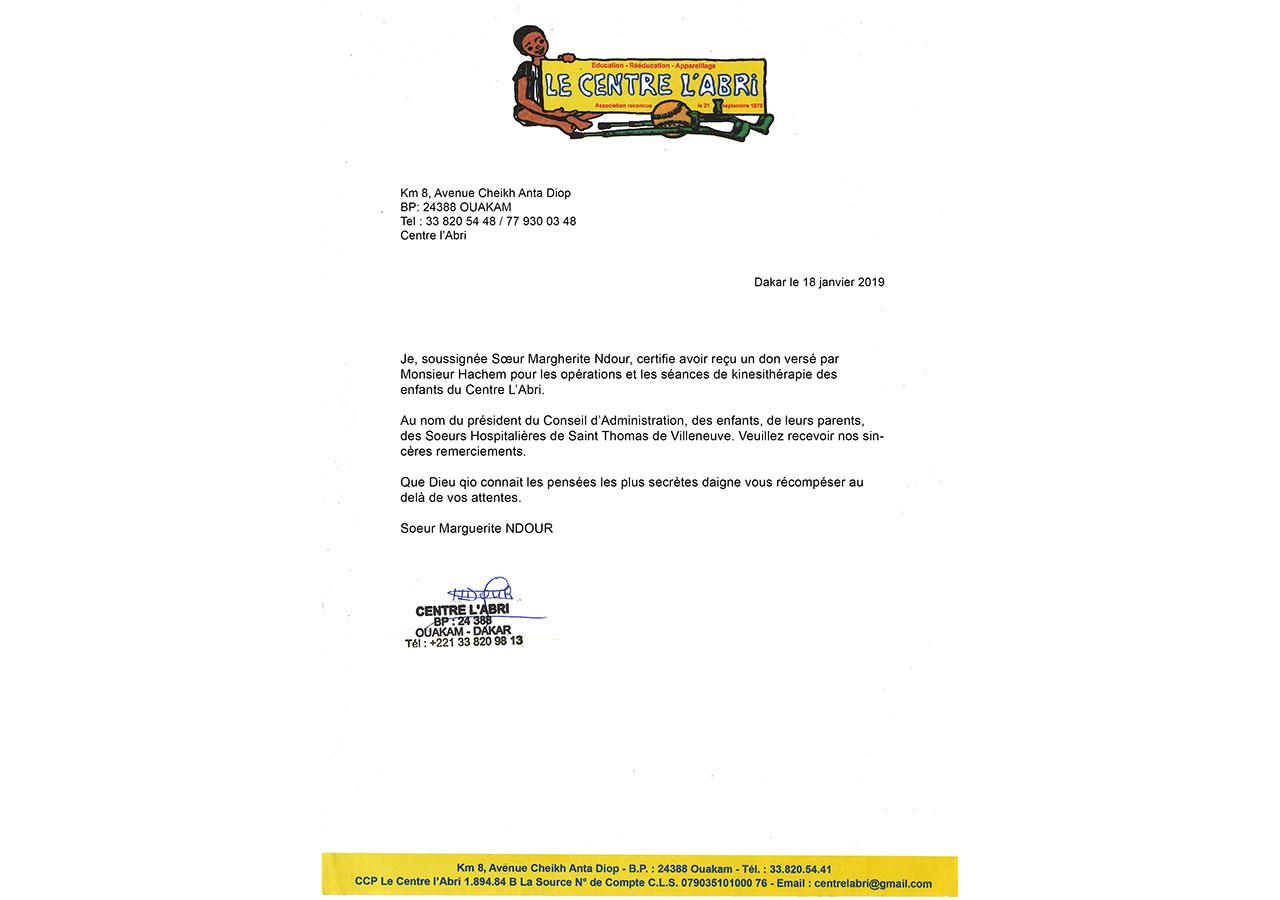 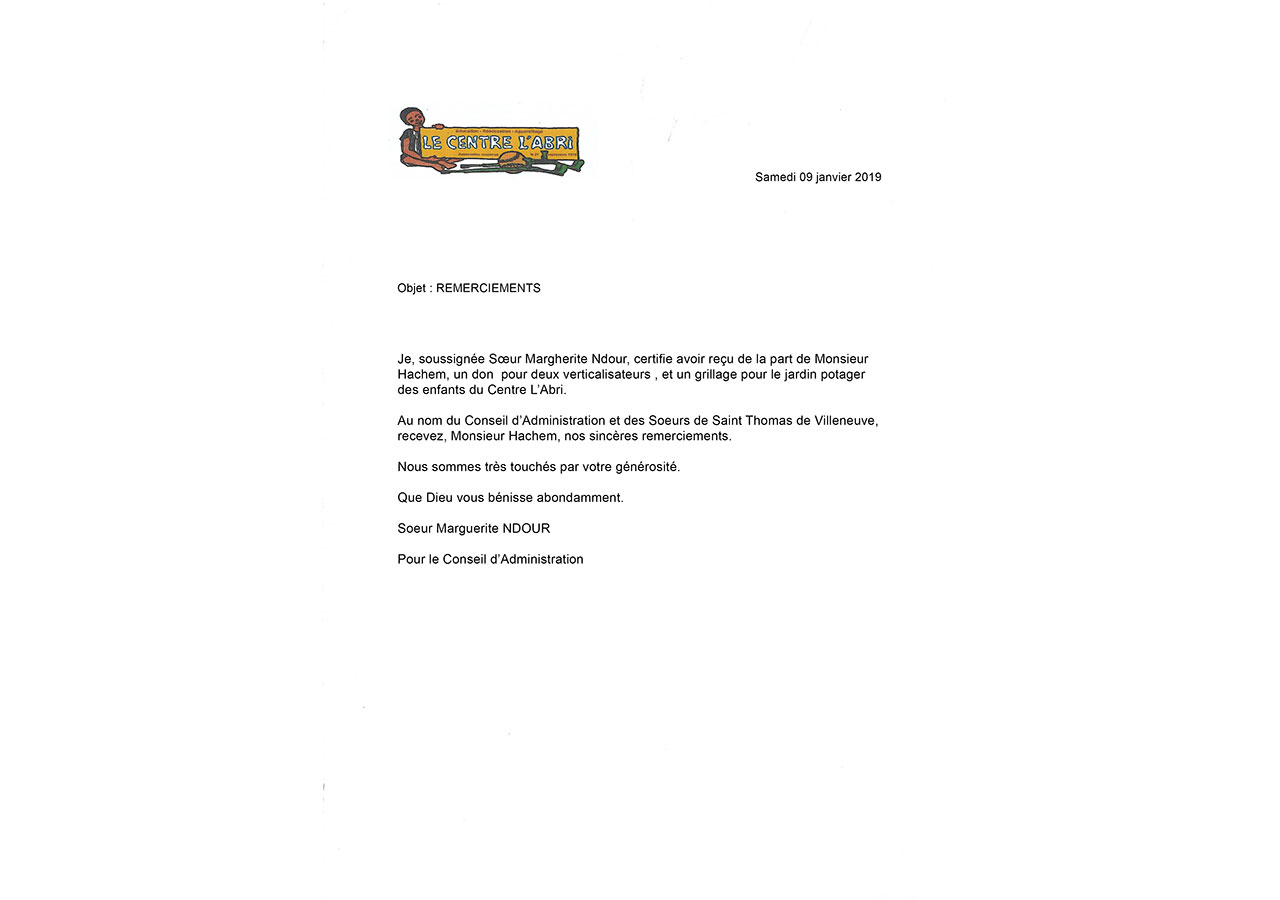 This year, The Ouidad Hachem Foundation was able to help 6 children of the L'Abri Center, aged from 4 to 12 years old, suffering from a motor disability, to educate, reeducate, and operate them.

Founded in 1976, it is held by the Congregation of Hospitallers Sisters of St Thomas de Villeneuve. Since its creation, it has welcomed more than 450 children.

Ousseynou, Therese Pascaline and Théodore were operated thanks to the donation of the Foundation.

Pape, Marie and Samba, were followed by a physiotherapist for their postoperative rehabilitation.

They are all hosted in the Abri Center, which has a boarding school hosting fifteen children simultaneously.

The Foundation also provided the center with two devices (verticalizers) to help the postoperative rehabilitation of the children at the center. These devices are used to strengthen the leg muscles following operations requiring a long period of immobilization.

The implementation of actions with children in Senegal is one of the major objectives of the Foundation in 2019.