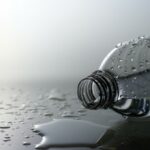 Dehydration is a serious thing, especially for babies and the elderly. What are its warning signs? And who is particularly in danger of it?

Dehydration is simply the lack of water in one’s body.

It occurs when we lose large amounts of fluids, without drinking enough to balance it out.

•           Certain diseases such as diabetes may lead to dehydration.

Normally, losing fluids lead to a person feeling thirst, which would make them drink and the dehydration would them be short-lived.

Dehydration may be dangerous to some

The early signs of dehydration are very discreet. Aside from thirst, one may feel agitated, have their eyes sunken and feel that their mouth is dry.

•           Dry and cold skin, lack in suppleness (a fold appears and persists in the skin when it is pinched with two fingers)

In infants, it is manifested through:

What to do in case of dehydration?

If the dehydration is moderate, you should obviously counter the loss of liquids by offering liquids that rich in water and minerals to the affected person:

•           Rehydration solutions sold at the drug store are the preferable method.

•           If unavailable, use water to which you would add some sugar or vegetable broth.

If the person bears signs of severe dehydration, it is important to call a doctor as dehydration may devolve into something worse and very fast, especially if the person was already in a fragile state.

How to avoid dehydration?

•           Drink regularly, of course. For elderly people, this means drinking water or other beverage regularly, even before feeling thirsty. For babies, this means giving them fluids and breastfeeding them more often

•           Obtaining rehydration solutions in order to act quickly if signs of diarrhea or vomiting appear.

•           Observing people who are at risk, especially during sensitive periods such as periods of sickness, extreme heat, food intoxication, etc.)