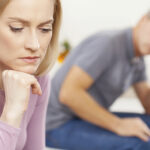 The mother and father

Parents often feel responsible for what is happening to their child and feel guilty about it. This guilt that stems from their habit of controlling the lives of everyone in the family, pushes them to find a solution no matter what it would cost them. When they fail to find the magic solution to this problem, they’d live in a world of powerlessness and desperation. They are also extremely sensitive to what others might say should anything happen to their child. It crushes them to see the dreams they had of their children, being broken before their eyes.

The brothers and sisters

The link between siblings is very strong and permanent. They are play mates and accomplices, facing life together. When a brother or sister is suddenly a victim of a catastrophe or is off the course that brothers usually follow, all the siblings are deeply affected. The solidarity between brothers and sisters is deep, and the pain felt by one of them is shared by the others, who would also be afraid that the same would happen to them. Just like the parents, siblings feel guilty and are scared to be too annoying, too jealous or to fail to protect their brother or sister, sufficiently.

Siblings go through troubling emotions: They are embarrassed by their sick brother, in front of their friends. They stop inviting them there and begin going out much more often. They are often jealous of the son who gets more attention from his parents due to his illness while being ashamed of that jealousy and guilty for being healthy.

When we get married, we vow to love and to hold for better and for worse, but nobody can really imagine when the worst is going to knock on their door.

The healthy spouse feels guilty for not being a good enough partner and for failing to stand by their significant other as they should. They wonder if they have issues for being attracted to somebody with problems and they feel guilty because of the strain that puts on their children.

They feel trapped by the fact that all the responsibilities in the house fell to their lot. They come to resent their partner and feel even guiltier for doing so.  The extended family often interferes: some refuse to see how the healthy partner can ever be tired or have enough while others encourage the healthy partner to file for divorce. All of this makes the partner feel alone and misunderstood.

In addition to suffering from the effect of their illness, the people who are sick suffer greatly from their relationships with others. If you’d ask those who are managing their illness well enough about their biggest fear, they’d tell you that it’s being a burden to others. They don’t want to cause trouble or a source of worry or being dependant of somebody.

Those who suffer from mental illness dread adding to other people’s responsibilities when they, themselves, can’t handle their own. They feel guilty, useless and afraid of losing their reason to be, their identity. This situation depresses them or fills them with anger. They believe that what is happening to them is unfair or they begin rebelling. These reactions are universal; every person who suffered a handicap after an accident or a physical or mental illness, go through the same emotions.

You should take time to know the illness and understand whether or not it changes. You must learn to know and accept the limits of every person, and never-ever compare them. You must not fall into the trap of competing: who is the toughest? who can handle worse? This sort of competition in suffering is a mark of lack of respect of others and may lead them to turn to solitude, thinking that they are misunderstood.