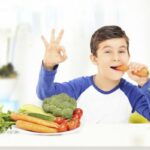 New packaging to turn kids’ attention, away from junk food

Manufacturers sure know how to catch the eye of young kids with their flashy ads and packaging and turn it towards their products, rich in sugar and fat. A pleasant packaging of healthy and balanced food may also encourage kids to consume them, just a much, according to a study by a research group from the German Bonn University. A study showed that out of three identical healthy snacks, young children preferred that which had colored cartoon characters on its package, as well as an attractive name.

Bars with colored logos attract children the most

The scientists worked with 179 girls and boys, aged from eight to ten. They asked them to choose between three snacks made out of yoghurt, fruits and cereals.

The only difference between these snacks was their packaging: The first one was neutral, the second was neutral and listed nutritional information and the third portrayed a colored cartoon character on its package, as well as an attractive name.

They used a manual dynamometer to calculate the strength that the children used to grasp the bar and were able to evaluate their motivation to reach for the snack. It came as no surprise that the bar with the colored logo and cartoon character was the most popular one.

According to the data generate the dynamometer, the children had put in a lot more effort to grab the colored snack. The most interesting thing, however, is that the children favored the taste of that bar in particular, while three were actually the same.

Dr. Weber specified in the magazine “Frontiers in Psychology” that the simple fact that the children were asked which bar they preferred did not really explain their choice.

“It’s a classic marketing placebo effect,” he explained. “It’s the same as placebo medicine that produce effects that are not justified by its components.”

Educate consumers to turn away from junk food

A similar research done by scientists form the Cornell Food & Brand Lab in the USA concluded that the seductive presentation of balanced food in restaurants and stores may attract consumers.

Based on 112 studies on good food habits, scientists reached the conclusion that practicality, appeal and the idea that eating healthy is a normal thing to do, are the three conditions that would allow to convert junk food fans.

This last study had been published in an issue of the magazine Psychology and Marketing.