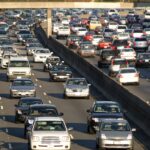 During this year’s Mobile World Congress in Barcelona, a major theme that network equipment makers tackled was road safety and accident prevention.

Their key focus was that collecting data for cars connected to a unified system would make the roads safer for drivers by reducing the probability of car accidents and CO2 emissions, as well as by preventing traffic jams.

Nokia CEO Rajeev Suri and Ericsson CEO Hans Vestberg both spoke to the press. Nokia revealed many ways in which the Internet of Things will pave the way to safer roads. “Driver error causes 90% of road traffic accidents”, Suri said, adding that “automated driving can reduce fatalities by 50%. That could mean saving half a million lives per year. We could even make car crashes a thing of the past.”

As for Ericsson, Vestberg revealed on Monday the company’s traffic data sharing platform Connected Traffic Cloud. This platform will allow traffic authorities to share data from the cars connected to the system in order to reduce road accident deaths, limit CO2 emissions and prevent traffic congestions.

Vestberg added that in 2013, global road deaths reached 1.24 million people, and traffic jams in the US alone cost more than 100 billion USD. This could very well be a thing of the past thanks to automated driving and data collection systems.