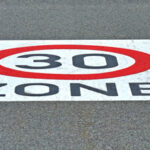 Measures to Reduce the Number of Deaths on the Road

Due to the rise in the number of deaths on the roads in France in 2014, the French government announced a series of measures that aim at reducing the death toll caused by automobile accidents. The League against Road Violence is also advocating “the introduction of a new law that forbids radar warning devices, reduces the speed limit on secondary road networks from 90 km/h to 80 km/h and the complete ban of mobile phone use while driving.”

Below are some of the suggested measures:

–          Reducing the legal amounts of alcohol while driving from 0.5 g of alcohol per 1 liter of blood to a lower level, and even setting the limit at 0 for some populations.

–          Protecting pedestrian crossings (by increasing fines, preventing drivers from stopping immediately before crossings to prevent cases in which a car hides a pedestrian, etc.

–          Installing start-up breathalyzers in the cars of people convicted with DUI in order to make sure that they are sober at start-up.

–          Integrating a speed control device in cars in order to set the car’s speed according to the authorized speed limit in the region.

–          Banning all forms of mobile phone use in cars, including the no-hand kit and Bluetooth.

–          Forcing motorcyclists to wear reflective yellow vests, because they are the most vulnerable to fatal car crashes.

–          Installing black boxes in cars in order to record data at the moment of impact. This would most certainly change the behavior of people behind the wheel.

–          Forcing elderly people to visit the doctor in order to make sure that they are in good condition to drive.