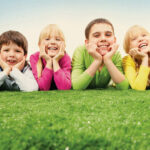 How to punish your children well?

The Era of royal children

According to child psychiatrist and psychoanalyst Patrick Delaroche, many parents don’t know how to punish their children nowadays. Why is that? Because the very word “punishment” is in itself petrifying and it takes us back to decades when a spank on the backside and slaps were given without a second thought. This method of tough education stems from secularist traditions which gave no rights to the child, but only the duty of obeying blindly. Generations of specialists have highlighted the influence of parental attention on the child’s psychological and affectionate life.

The sixties came with their roar, forbidding parents to forbid which spread from society to the homes of families. As a result, the relationship between parents and their children became much more lenient and love replaced the principles of rights and duty.

Freud insisted that the guilty child feels the need to be punished and if the punishment is not imposed by the parents, the child risks taking charge of that himself through means of self-punishment such as voluntary deprivation, risky conduct, anorexia, mutilations, etc.

A feeling of guilt

“Will that traumatize him?”, “will that make me a bad mother?” According to therapist Anne Bacus, this guilt weighs on us particularly nowadays because of the hyperpsychological interpretation of bonds and behavior, which has made parents lose faith and confidence in themselves.

And any form of aggressiveness would be rejected by the parent who would consider it as a proof of disenchantment.

This means forgetting that education is not a matter of seduction. “Education relies on a system of rules which allow the child to understand the difference between what is allowed and what is forbidden. The sanction is the act through which the parent reaffirms the rule. The way parents talk should not be ambiguous, for instance, instead of saying “I wish you to return home before midnight”, say “I am asking you to return home before midnight.” The way you say it, the look you wear, the gestures you perform should match what you are saying.

Saying “I forbid you from going out” in the same tones as “What if you stayed here with us”, or smiling as you say “what you did is dangerous”, makes what you say lose all credibility.

Educating is raising awareness. The best punishments are therefore those who serve this purpose. How, you ask? Anne Bacus proposes that you foresee scenarios such as: “I want you to tidy your room. If you don’t, you’ll have to tidy your room and the living room, too.” It’s about encouraging the child to follow the path of reasonable obedience. What if he disobeys? “You don’t negotiate, you stand your ground.”

You must never punish the child with his own mistake: being late, insulting him, lying to him.

“Deprivation is the best sanction for all ages” says Jean Louis Le Run. But not all deprivations: “You must target sterile activities, not those which allow the child to prosper or those which are vital to him such as workouts, art, food…. Patrick Delaroche advises resorting to punishments that require physical effort: tidying, mowing the lawn, cleaning… because the purpose or a punishment is to relieve your child’s sense of guilt: he knows he did wrong and blames himself. This form of punishment is valid for children of over 5 years of age.

It is an admission of weakness: the parents show that they were not able to restrain themselves

It trivializes violence: The adult gives the impression that hitting is the only way to resolve a conflict

It is inefficient: If the child obliges, it would be out of fear, not out of reason.