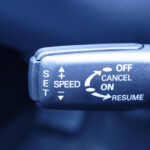 Cruise control systems could lower a driver’s vigilance behind the wheel and can lead to losing control over the vehicle, a study carried out by Strasbourg University has shown.

The study, which was carried out by the Neurocognitive and Neurophysiological Investigation Center of the University of Strasbourg, has revealed that “drivers behind the wheel during cruise control mode can lose attention and therefore have slower reflexes in case of emergency.”

According to the study, “these systems encourage drivers to remain on the left lane and to keep driving less frequently on the right lane”, and “secure distances drop on average by 5% before turning, and by 10% (around 4 meters) while turning.”

In addition to that, the study has shown that “drivers do not keep a straight trajectory when on cruise control mode as when they are driving normally, because they realign their vehicles less often (-25%), which increases the amplitude of lateral adjustments.” This phenomenon increases with the distance of the trajectory.

Finally, “the capacity of reacting to urgent situations is also significantly undermined.” The time needed to react to any given event (slowing down, accident, etc.) is increased by 1 second on average – that is, 40 extra meters before a complete stop while driving at 130 km/h.

Electroencephalograms revealed that drivers’ vigilance dropped significantly. Drowsiness increased by 25% after one hour of driving on cruise control.

The study advised drivers to turn off cruise control systems when traffic is high or when entering zones with particular signals, such as work sites or tolls. High vigilance is also necessary during long trips: using these systems requires pausing them more frequently, so as to allow the driver to increase his periods of awakening.”