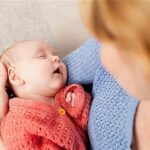 Having a child: A life altering decision

Having a baby now or later, with this particular man or woman and risking to sacrifice everything... When we have the choice to either have a child or not, we take the time to ponder this possibility, but do we really know what our desire actually entails?

“It would be one of the greatest triumphs of humanity, if we could succeed in raising the responsible act of procreating children to the level of a deliberate and intentional activity” said Freud. Half a century before the invention of the contraceptive pill, Sigmund Freud himself dreamed of a humanity which did not have to suffer pregnancy but could instead decide it. Freud had ceased all sexual activity at the age of 40 so as to avoid the risk of having more children, and yet he probably hadn’t calculated the true perplexity that people would be faced with when they had the choice of choosing whether to have a child or not. And if we can choose the moment of conception through contraceptives, we can also delay the age in which we procreate in addition to vanquishing infertility.

The Biological Clock Is Ticking

Science promises to offer the possibility to procreate even when the woman has passed the age of 35, the natural age limit to procreate. But can we say that these promises shed doubt on the concept of the natural biological clock? Neurobiologist Lucy VIncent speaks out: “Women are programmed to have children from the age of puberty. Every one of them is born with a limited number of ovules. When that stock runs out, it’s really over. The biological clock is a fact, not a myth.” Studies also point out that the sperms of aging men are reduced, slower, and less fertile. Moreover, genetic mutations in sperms are more frequent when the man has the man is over 40 years old.

Men and women do not desire having children the same way. This instinct is born in little girls when she rocks her first doll, around the age of 2 or 3. But boys, who are often less interested in dolls, it’s not the same as the unborn child is the representation of a social role, a fatherly responsibility. For Jean-Francois Daubech, psychiatrist and psychoanalyst, specialized in infertile couples: “The project of having a child is aroused, defended and illustrated by women, rather than men. The reason behind this is that for women, having a child is a vital dimension, a personal accomplishment that they consider to be indispensable. The desire of the man, of making his wife happy, goes through kids for this reason.”

Adding to the already difficult task of understanding our true desire, there come the social family-related and projections that we undergo. Chosen, desired, loved to death, children have become the center of their parents’ lives, but are we ready to sacrifice everything for them, as we are obliged to do? Where’s the line between egotism and altruism? Do we want a child for their own sake or for ours? Do we refuse to have a child for our own comfort or so we wouldn’t have to make another person suffer our neurosis? It’s hard to fathom that this desire collides with other, contradictory, inacceptable and unconscious desires, most of all, the desire to survive. When we have struggled to build a personal or conjugal balance, it is important to know that the birth of a child will shift it, and it is sometimes good for the instinct of survival to prevail.

Science and its mirages

The accusatory looks that others throw at us makes us think of the promises that science made us. The techniques of medically-assisted procreation are represented as the end of the ancestral malediction cast upon barren women, but sometimes even sciences is powerless before a mute uterus.