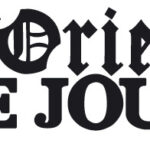 After losing one of its own, hit by a reckless driver, a family is fighting for dissuasive sanctions.

On April 4, 2014, Dr Ouidad Hachem Akar, 53, was killed by Dania Mounir Jarmakani, 20, who was driving at high speed. Ouidad’s family has not recovered from this loss, be it on the emotional or moral level, yet the driver managed to get away with a fine of 150 million Lebanese pounds, following a sentence issued on 28/1/2015. The family, today, appealed the sentence, aiming at an exemplary alternative which would match the irresponsibility of reckless drivers, and prove to them that a life cannot be compensated by a mere fine. Accidental killing is a crime indeed, and Ouidad’s family is not willing to let go of that.

Maya and Dania are of the same generation, but they do not know each other. On April 4, 2014, Dania Jarmakani deprived Maya from saying the word “mother” ever again. Whose fault was it? Was it the zeal of youth? The recklessness of parents? The failed prevention and traffic safety system? There will never be a definitive answer. The tragedy has occurred, however, and this story might seem trivial to some; a mere news item that may arouse compassion, or a story on which one might simply comment «poor woman», and then forget all about it. However, this same story might one day become that of anyone, of each and every one of us.

On April 4, 2014, Ouidad closed up her pharmacy in downtown Beirut at 5 o’clock in the afternoon. The weather was nice, and so she decided to walk home. The prospect of spending the weekend with her family was enough to make Ouidad feel happy. Only this was before she answered the final summons. It was a fatal blow. After having suffered for four hours, clinging to life to stay with her loved ones, she succumbed to her wounds. When a speeding car hit Ouidad, it crushed the life out of her, destroying with it all the hopes of future happy moments for her as well as her family.

Behind the wheel was Dania Jarmakani, a young woman, at 20 years of age, in the spring of her life, avid of powerful sensations, and who was seeking to surpass all limits. When the paths of these two women collided, the result was fatal. Life is unfair as some may say; Ouidad had just turned 53 the night before the accident. She lived a sound life, and her days spent working rhymed perfectly with the days she spent raising her children. She was an attentive, loving woman, always eager to take care of others.

Today, the image of Ouidad that lingers in the memory of her loved ones is that of a woman who was always ready to look after the slightest uneasiness in others. It is in a cry of agony that the people close to her vainly ask themselves what happened, trying to understand. All her life, Ouidad was a devoted woman. The pain inflicted on her family, husband and children is tremendous, and so is their anger and outrage. The family, however, decided to let justice take its course. Dania Jarmakani was arrested and brought to justice. She admitted to driving at high speed and acknowledged that her car drove onto sidewalk. In any case, Dania Mounir Jarmakani is clearly responsible for the death of passerby Ouidad Hachem, as stated in the expert’s report. Despite the admitted and unquestionable facts, the judge invoked that the circumstances were attenuating and sentenced the guilty accused to a week in prison – a sentence that was implemented during Dania’s detention in 2014 – in addition to a fine of 150 million Lebanese pounds. That way, Dania Mounir Jarmakani paid her dept to society for killing a woman. For the family, however, this was a blatant act of injustice.

Both the Akar and Hachem families are in shock. To them, it is as if Ouidad was killed a second time. They chose to rely on the Lebanese judicial system, yet they find themselves today deeply bitter. They want the death of Ouidad to become a lesson for others. After so many unjust and vain deaths, this one could have been a trigger to awaken consciences. How many lives have to be lost to stir up any response?

Money is not important for these two families, and the 150 million Lebanese pounds will not compensate the loss of a mother, a wife, a sister. Instead, the families hoped that driver Dania Jarmakani, who caused the death of Ouidad, would be punished with a real prison sentence that would show her just how serious her rash act was, and how deeply it affected the lives she damaged.

Ouidad was a priceless support for her family. Being the eldest of the Hachem children, she was like a mother to her brothers and sisters, and to her nephews and nieces as well. All this love, all these hopes, all this support were washed away in a blink of an eye by an irresponsible driver. This woman would soon forget all about the amount of tragedy she inflicted on this family, as she would consider she had paid her dept to society with the indemnity she was sentenced to.

Ouidad’s son cannot bear the thought that his mother’s life was this cheap in the eyes of the Lebanese judicial system. Along with his father, his uncle Hasan, and the other family members, he is calling for the complete implementation of Article 564 of the Penal Code, which condemns those who cause an accidental death, as in kill someone in an unpremeditated way and with no intention of causing death, to a prison sentence ranging from six months to three years. This is the only way to ease the pain of the Hachem and Akar families, as the punishment may become a lesson to all those crazy drivers out there who have the means to pay fines to indemnify the families of the victims of their recklessness.

The new driving law will not alleviate the tragedy, nor will it diminish the necessity of teaching reckless drivers a lesson. This is exactly why the Hachems and the Akars appealed the sentence, hoping that the judges would understand how important such crimes are to the families of the victims. All the money in the world cannot replace a lost life, as a life is only measured with love, and love can never be replaced.

Hassan, Ouidad’s brother, started a foundation as a tribute to his sister, and plans to launch a media campaign to improve the driving law and to urge judges to issue stricter judgments in terms of car accidents. There are plenty of ways one can die in this world, and there is no need to add one that is nothing but the result of recklessness and negligence.