Centennial Celebration of the Rotary Foundation International – 100 Acts of Good 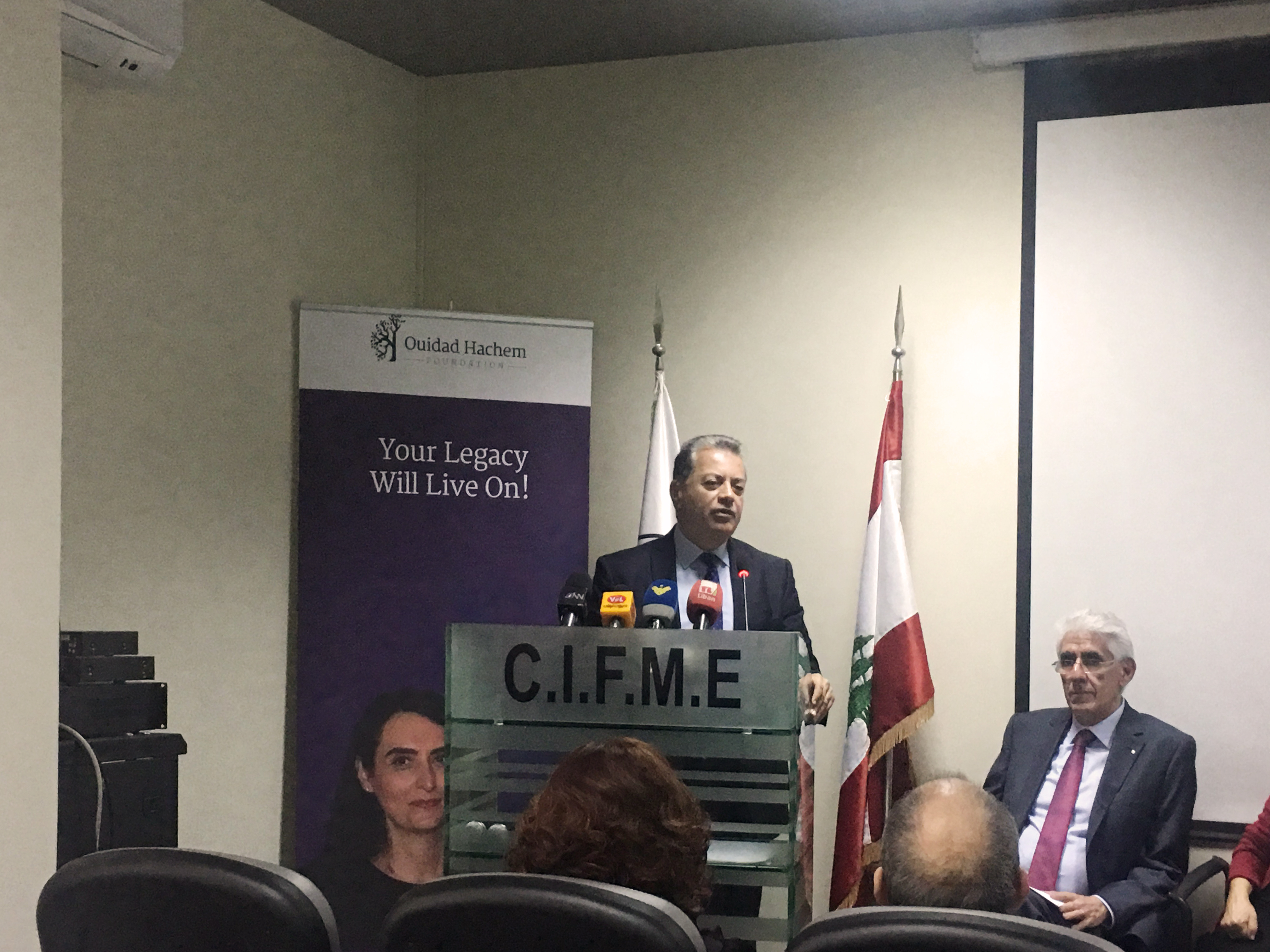 Support for the 100th anniversary of the Rotary Club International Foundation during two days of conferences held in Beirut on the 2nd and 3rd of December 2016.

The launch was held at the Ministry of Energy and Water during a press conference in the presence of the General Director of the Ministry of Energy and Water Mr. Fadi Comair, the General Director of Rotary International Cornelliu Dinca and of the former District Governor and chairman of the Water and Sanitation Committee of District 2452 Sheikh Jamil Moawad.

The General Director of the Ministry of Energy and Water Mr. Fadi Comair announced that Lebanon will participate on the 13th of December 2016 in the French Senate in the discussion on the Jordan basin.  He stated that Lebanon is the first country to be present in COP 21 in Paris, and COP 22 in Morocco.

The General Director of Rotary International Cornelliu Dinca spoke about Rotary’s efforts to eradicate Polio around the world under the END POLIO NOW program.

Today, there are 27 cases in only 2 countries: Pakistan and Afghanistan.

With a gala dinner to raise funds and a seminar at the Hilton Beirut Metropolitan, these two days brought together more than 500 people and were an opportunity to promote Rotary’s major activities here in Lebanon: the installation of computer rooms in Public schools, a program to help children with heart disease, planting a million trees in 10 years and, of course, aid for urgent needs in all regions of Lebanon.